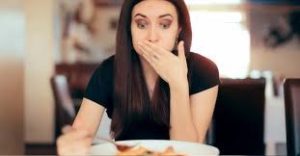 Food hygiene is something that should be taken seriously as we all want to avoid any nasty illnesses. There are many illnesses which are passed on simply by not practicing poor food hygiene – companies like MQM food safety consultants can help with this.

Hepatitis A – This nasty virus is most commonly spread through contaminated food or drinking water. This is a virus that affects the liver, and then can be transmitted from the faeces of someone who has it. It can take a while to develop symptoms of it, with most people reporting starting to see them around 4 weeks after they have been infected.

The symptoms include fatigue, feeling generally under the weather, feeling nauseous and stomach pains, as well as yellow colouring of the skin as well as the whites of the eyes. It is not that common in the UK but can often be contracted in other parts of the world where sanitation is poor, such as Africa, the Middle East and parts of Asia.

Although it is not a pleasant illness, it is rarely deadly, however you should take care of yourself during the time you have it and eat well and have a healthy lifestyle. It takes around 6 months to clear the virus. You can receive a vaccination against it, if you are at a higher risk, such as working in a region where it is common or working with sewage. 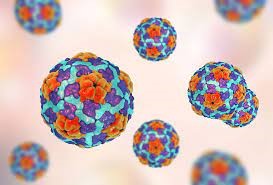 Salmonella – This is a bacterium which causes many cases of food poisoning all over the world. In fact, in America, most cases of all reported food poisoning cases come from this bacteria, and anybody who has ever had it will tell you that it is a very unpleasant illness. The main symptoms of it are fever, vomiting, diarrhoea and stomach pains, it can usually take around a week to fully recover from this.

Although very unpleasant most cases can be dealt with at home by keeping fluid levels up and resting. Sometimes people have to go to hospital and a very small number may die. It is more common to catch salmonella in the summer months as the warmer temperatures benefit the bacteria which grows more quickly in the warm – this is a good reason not to leave food out of the fridge for too long. 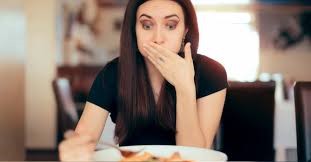 E Coli – Escherichia coli, or E coli for short is a bacteria that is actually found living in the gut of most mammals including humans. Most of these are actually completely harmless but the shinga toxin producing strain of the bacteria is what is known for causing food poisoning. This bacteria can be destroyed by cooking foods thoroughly, it is mainly transmitted from undercooked meat that is infected with it.

The symptoms of it include cramps in the stomach and diarrhoea which can often be bloody. It is more dangerous to young children and in rare cases can lead to seizures and strokes.