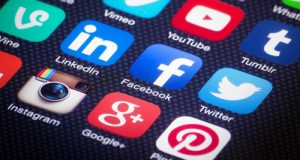 Marketers are striving to make the most of their presence in social networks, and brands with their existence and activity on networks have changed their objectives and the metrics used to measure their work. These are some of the conclusions from the survey conducted in the United States in 2013 to marketing professionals Pivot conference where major events are held corporate business.

According to 67% of respondents, the share of consumer and brand recognition are the main objectives of marketing in social media. This represents an increase significantly since 2011, when only those goals was a priority for 50%.

Last year, the main objective of marketing in social networks was to get positive feeling toward the brand, while this year dropped to fourth.Professionals are realizing that it is less important that your messages will receive a warm welcome from users and more importantly keep customers by clicking “like” and share social content.

Among the biggest changes, in general, it highlights the declining importance of sales compared to the previous two years. In 2011, the sales increase was the number one social media marketing objective, backed by 100% of respondents. In 2012, they reevaluated their priorities professionals dropped below 50%. However, this year is reaching equilibrium, as 58% said sales as the main objective.

And likewise, to evaluate their actions in social marketing, commitment or “engagement” is the primary metric, as 23.3% of respondents. However, measuring the increase in sales was still on the list, many professionals still hoping to get dollar convert their social efforts.

Most marketers seem to be improving in the management of social media.The percentage who said the lack of a social strategy had prevented them from going beyond experimentation has declined between 2011 and 2012, from 41.6% to 32.5%. Meanwhile, budgets have become the biggest obstacle to promoting social action, according to 62.5% in 2012, compared with 47.2% the previous year.

More than 60% of the brands in the retail sector and retail travel around the world participated in seven or more social sites, according to data from July 2013 according L2 Think Tank, while only 5% were limited to three or less sites. This indicates that return on investment is sufficient in all its social projection to further expand their efforts.